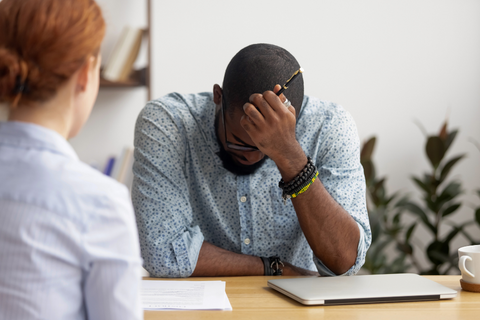 What to do if your job offer is rescinded (yes, it can happen)

Carla Jenkins, a seasoned cloud computing professional, was feeling great. She’d just interviewed with a major tech firm for a technical program manager role that aligned incredibly well with her skills and experience. She’d been told that the process would be quick—one interview. And the feedback from that conversation was very good.

The recruiter checked her references and then presented a verbal offer. Jenkins was thrilled—and began excitedly preparing for this next career chapter. As she awaited the written offer, she got the news. More stakeholders wanted to speak with her. There would be one more interview.

While Jenkins thought this unusual—since she’d already been offered the job—she felt confident it was more of a formality. Days later, she participated in a Zoom call with a technical decision maker, a senior program manager, and the recruiter who was preparing the formal offer and who, immediately following this extra conversation, told her she did great. No worries. Everything’s still on track.

A day later, the recruiter called again. One of the interviewers had felt she’d dodged a couple of questions, she explained. The offer was being pulled. They were both dumbfounded.

What. The. Heck? I mean, can companies do this?

Short answer? Yes. A job offer can absolutely be pulled, for a lot of reasons—most of which are completely legal, even if arguably in poor form. The Muse provides advice on what to do if your job offer is rescinded after in this article by Jenny Foss