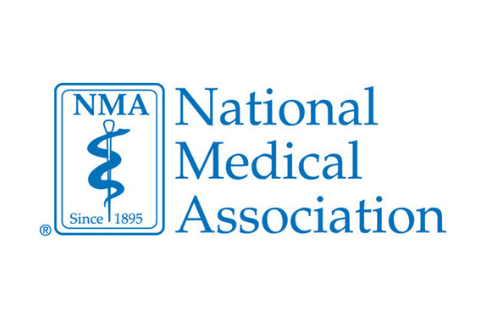 The National Medical Association (NMA) is the collective voice of African American physicians and the leading force for parity and justice in medicine and the elimination of disparities in health.

The National Medical Association (NMA) is the largest and oldest national organization representing African American physicians and their patients in the United States. The NMA is a 501(c) (3) national professional and scientific organization representing the interests of more than 50,000 African American physicians and the patients they serve. NMA is committed to improving the quality of health among minorities and disadvantaged people through its membership, professional development, community health education, advocacy, research and partnerships with federal and private agencies. Throughout its history the National Medical Association has focused primarily on health issues related to African Americans and medically underserved populations; however, its principles, goals, initiatives and philosophy encompass all ethnic groups.