How to Network at Family Gatherings 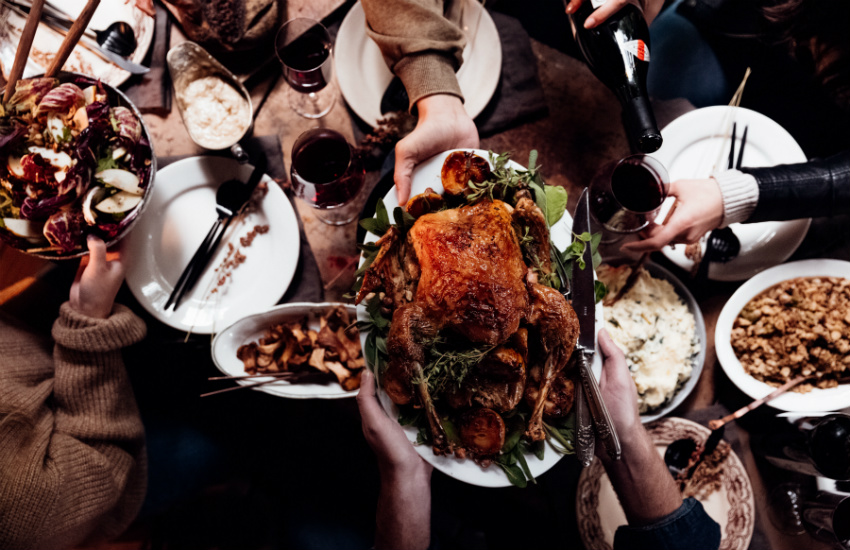 How to Network at Family Gatherings was originally published on Vault.

Family Thanksgiving is something that I dread every year. It’s not because I don’t like my family—they’re a little wild, but I do love them and really enjoy catching up with them. However, I’m a bit of an introvert—large groups of people overwhelm me eventually, and my family’s Thanksgiving dinner is 50+ loud Italian folks crammed into one New Jersey home. But here’s the thing: I figured out awhile back that having a bunch of people in one place (who are all biologically programmed to want to help you) can be pretty great if you’re looking for a job. You’ve probably read a ton of networking advice, but how do you network with your family? I’ve got some tips on how you can make the most of the holidays because, really, doesn’t networking sound less awful if there’s pie afterwards?

Put Out the Call Early (If Appropriate)

Thomas Edison said, “Good fortune often happens when opportunity meets with preparation.” You can’t just expect luck to strike—you’re better off putting up a few lightning rods. That means starting early. If it’s appropriate, start telling your family that you’re in the market for a new position before the big family gathering. You can do this in person, through social media, in the group chat you have with your 15 closest cousins—however you keep in contact with your family. It gives them the opportunity to think about any help they might be before they see you. But keep in mind that I said, “if it’s appropriate.”

If you are currently in a position, and your employer and coworkers still believe that you’ll be at your current organization until further notice, be mindful of what you say and to whom. Updating your Facebook status to say you’re looking for another job would be extremely inappropriate if you’re also friends with people from work. Getting the word out is important, but you should never be unprofessional in your job search.

My family has a disproportionately large number of firefighters in our ranks. There are six of them, which seems more than the average. If I, as an editor, were to network at a family function, the firefighters would probably not be the people on whom I focused my efforts. I would instead buddy up to my cousin the photographer, who has shot for a couple of magazines and may know some people in their editorial departments. See where I’m going with this?

Choosing your networking targets carefully may be the smartest thing you can do for yourself on the job hunt. Your family probably knows all sorts of people—for all I know, my cousin the firefighter may be sorority sisters with The New Yorker‘s fiction editor—but there are going to be people who are “better bets” for you to talk to than others. Family members you’re closer to or who work in a similar industry are good places to start, and you may consider those who live in cities you’re interested in as well. And even if these “good bets” can’t be of any help, they may know someone else in the family you could speak to.

Whether or not you find it difficult to talk about yourself, doing so is entirely necessary when it comes to networking. People have to know what you want in a position and what your skills are in order to help you. So when catching up with your family members, make sure that you tell them what you’re up to as well. Tell them you’re on the hunt for a job, what field you’re looking for, and what kind of experience you have. People aren’t just going to come out and tell you if they have any leads on jobs unless they know you’re looking and have an idea of what you’re looking for. So, while it’s important that you ask how your cousin’s daughter is liking the second grade so far, being proactive in promoting yourself is also worth your effort.

Finding a job is tough—it doesn’t matter if it’s your first job or your 20th, it’s a difficult thing to do. Your first instinct may be to gun hard when it comes to networking, to track down every lead and collect coffee interviews like Pokémon cards. (Did I just age myself?) But when networking with your family, “gunning” may not be the ideal tactic. These are people who know you and like you, so you have a certain amount of leeway in how strongly you come on. But keep in mind that the holidays are a time to relax, kick back, and enjoy the company of your loved ones. It’s not all about you and your job hunt, and a lot of people are looking to wind down after a long week (or a long year) of work. So while asking around at family events for job leads is certainly something you should be doing, just remember to take it easy. It’s a holiday, not an official networking event.

I hope you get the chance to stuff yourself full of turkey (would you call it stuffing, then?) this Thanksgiving and that your job search goes well even during the holidays. From all of us here at Vault, happy Thanksgiving and happy job hunting.

A comprehensive resource for students and job seekers looking for career advice, job postings, company reviews from employees, and rankings of the best companies and industry employers.
facebooktwitterinstagram
Share on TwitterShare on LinkedinShare on Facebook